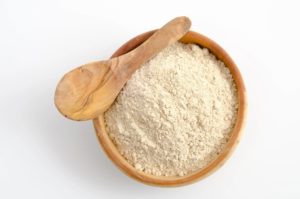 Traditionally known in India as “Strength of the Stallion” for its immune boosting abilities after a sickness and “Indian Ginseng” for it’s propensity to reduce stress and bolster stamina.

Check out these awesome Health Benefits of Ashwagandha:

﻿1. May Be Good For Brain Health

﻿Ashwagandha helps to fight off free radicals. It does this because of its antioxidant properties. Ashwagandha may also help improve memory, most likely as a result of reducing levels of oxidative stress.

﻿Ashwagandha can help fight stress, anxiety, and depression. One study found that its effects were similar to those of the drugs lorazepam and imipramine. Additional findings in the study included improved focus and reduced fatigue.

﻿3. Can Help Prevent and Treat Cancer

﻿There have been some studies that have shown that ashwagandha has a potent anti-tumor effect. Ashwagandha extract has been shown to help stop the spreading of cancer cells including lung, stomach, colon, and breast cancers. This is due to ashwagandha’s ability to boost the immune system as well as its antioxidant content. Specifically, ashwagandha boosts the immune system through the increased production of disease preventative white blood cells. It also inhibits blood vessels from feeding cancerous tumors. In addition, patients suffering from cancer can have their immune systems suppressed. Supplementing with ashwagandha can halt this effect. During chemotherapy, white blood cells can be reduced, leaving patients vulnerable to infections.

Studies have shown that ashwagandha can have an impact on endurance. During physical activity, ashwagandha can lessen bodily pain as well as improve brain function. Ashwagandha is able to reduce stress hormones. This calming effect leads to increases in motivation, focus, and endurance.

***WARNING**** It’s best to avoid Ashwagandha during pregnancy, or at least keep the daily dosage under a half teaspoon.